Industrial production of Phoenician ceramics on the coast of Vélez Málaga (Málaga, Spain), La Pacha, Los Algarrobeños and Las Chorreras where archaeological excavations have been carried out.

In this illustration I show the process of manufacturing amphorae, skylights, plates, vessels, bowls, jugs and other utensils in a Phoenician pottery workshop, describing the basic manufacturing stages such as clay preparation, wheel modeling, kiln firing, painting decorative and varnish.

In a first phase I start with previous sketches according to the indications of the art director Emilio Martín.
Once the sketch was approved, in a second phase I made a 3D composition as a base. In the final phase of post-production I retouch and paint details in photoshop.

Emilio Martín Córdoba / Director and Archaeologist of the Mvvel Museum 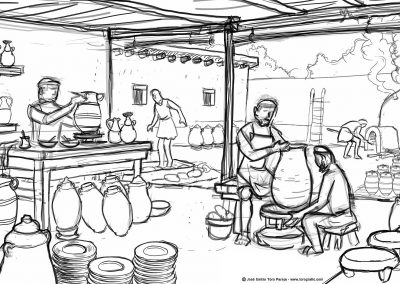 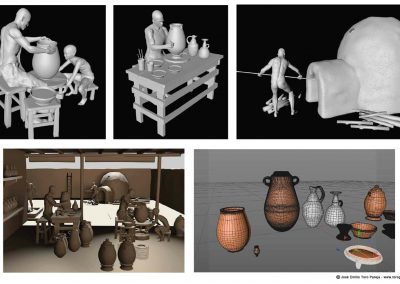 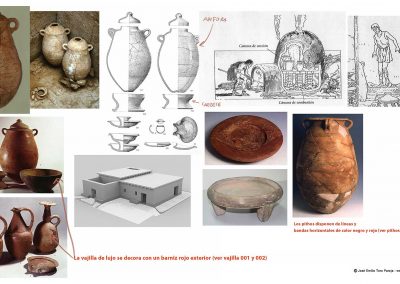 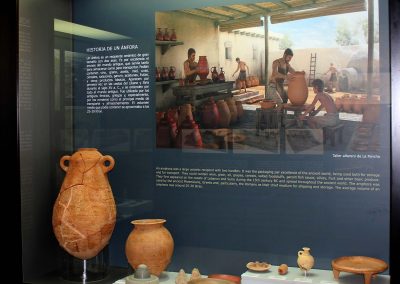